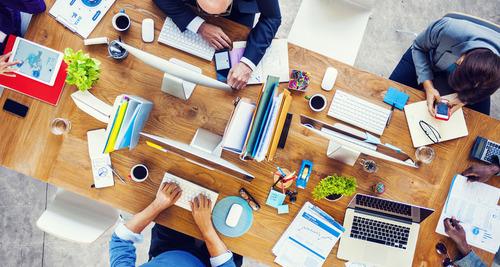 When the job conversation gets around to talking about benefits, applicants and employees know to ask about 401(k) plans and health insurance. But what about 5-star perks like fertility benefit programs, childcare or concierge services? Today’s savviest companies know that providing high quality perks can help them recruit and retain the very best employees.

Compensation is a hot topic. According to a 2014 Glassdoor survey, 39% of American workers say they don’t get paid fairly for their efforts. When that much of the workforce – 42% of women surveyed and 34% of men – feel they’re under-compensated for their work, employee morale and performance suffer. Furthermore, 57% of workers surveyed said it’s up to employers, rather than the government, to address compensation issues.

Smart companies are taking notice. Employee-focused perks are not exclusive to Fortune 500 companies. Smaller organizations are getting into the game because they know they face stiff competition for the best employees, and keeping a great employee is far more cost-efficient than managing turnover. And, of course, perks help to define the corporate culture.

At ELM we’ve composed our own list of the worthiest employee perks, along with examples of companies across the U.S. who offer them. Our favorite perks are interesting, valuable and rewarding. Our favorite companies offer compensation and benefits that build camaraderie and a strong culture.

At Brooklyn-based brand innovation studio BBMG, employees are granted two separate accounts: an “inspiration” account and a “professional development” account. Each person receives $500 annually in each account, to use as they see fit. The professional development account must be used on something specifically related to the job title. But the inspiration account has only one criterion — personal growth. “Anything that will push them to discover new facets of themselves, new interests and passions or further develop existing ones satisfies the criteria,” says Carola Beeney, marketing and communications manager at BBMG, to DailyWorth.

The company itself benefits from this investment in inspiration, says Beeney. “Employees come to work feeling inspired, more creative and happier having done something they might not otherwise have done,” she says.

In addition to having the opportunity to work on amazing technology with incredibly smart and talented people, the perks at Qualcomm are generous. Qualcomm not only pays its summer interns but it also provides relocation packages, with all the perks. Qualcomm employees enjoy their own private farmer’s market, “The Farm Stand.” Qualcomm matches employee charitable contributions one-for-one. And full time employees get a special perk: Qualcomm’s mobile spa.

The Bingham McCutchen law firm offers its Boston-based employees two box seats to a Red Sox game every year, playoffs and championships included. Although seniority determines eligibility, Bingham delivers the perk to as many of its lawyers as possible. Bingham also raffles tickets to concerts at TD Garden, Gillette Stadium, and Fenway Park.

It’s all in a day’s work for employees of San Francisco-based Expensify, a start-up that specializes in the less-than-glamorous world of expense report management. Every year, this seven-year-old company offers its employees the opportunity to visit a different country to travel and work for a month. Past destinations include Thailand, Vietnam, India, Portugal and this year, Dubrovnik, Croatia.

There’s a reason Google is ranked in the top five of Fortune magazine’s list of “100 Best Companies to Work For” in the past eight years. Google doesn’t just offer employees a stimulating environment to work and create; the company also gives them some pretty sweet benefits. Employees enjoy oil changes, car washes, massages and yoga, a play room, back-up child care assistance, and $12,000 annually in tuition reimbursement.

However, perks go beyond the office: three winners of Google’s annual talent show opened for Bruno Mars. Another particularly progressive benefit is that both dads and moms have access of up to 12 weeks of baby bonding time, 9 of which are paid.

At the family company SC Johnson & Son, over 12,000 employees have access to a concierge service that will see to it that their chores get done. The Wisconsin-based maker of Pledge and Windex offers an on-site employee concierge to handle their daily tasks and chores. Workers can request a concierge to pick up groceries, shop for the best deals on car insurance, interview potential nannies, take a car in for oil changes, stand in line for concert tickets and more. Stress goes way down, productivity and morale go way up.

One extreme perk recently introduced by Apple and Facebook is stirring up quite the controversy. Both now fund egg freezing for women who wish to delay the start of their families. Apple said the benefit empowers women, while critics argue that it sends the message that employees must delay having children in order to succeed in the workplace. Either way, both employers are addressing the issue of social consequences faced by employees who choose to make work the priority.

Like many companies, the Microsoft Corporation gives new parents at the company generous maternity and paternity leave. What sets Microsoft apart from most others is that the leave is paid. All of it.

Family-oriented 3M may be familiar to consumers for Scotch tape and office products, but as an employer it is best known for offering fair benefits. The company provides standard medical, dental and vision benefits, as well as life insurance and retirement, to all of its employees, including those in same-sex partnerships.

Countless workers relocate to get or keep a job, but that usually doesn’t work in reverse. St. Louis-based online investing firm, Scottrade, opens new branches for some of its most valued employees who move. According to Fortune magazine, Scottrade has opened 20 offices for employees. One employee moved twice, to two different states, and Scottrade opened offices in both locations. In addition, Scottrade employees have never experienced a layoff – ever.

Let us know in the comments.

We use cookies on our website to give you the most relevant experience by remembering your preferences and repeat visits. By clicking “Accept All”, you consent to the use of ALL the cookies. However, you may visit "Cookie Settings" to provide a controlled consent.
Cookie SettingsAccept All
Manage consent

This website uses cookies to improve your experience while you navigate through the website. Out of these, the cookies that are categorized as necessary are stored on your browser as they are essential for the working of basic functionalities of the website. We also use third-party cookies that help us analyze and understand how you use this website. These cookies will be stored in your browser only with your consent. You also have the option to opt-out of these cookies. But opting out of some of these cookies may affect your browsing experience.
Necessary Always Enabled
Necessary cookies are absolutely essential for the website to function properly. These cookies ensure basic functionalities and security features of the website, anonymously.
Functional
Functional cookies help to perform certain functionalities like sharing the content of the website on social media platforms, collect feedbacks, and other third-party features.
Performance
Performance cookies are used to understand and analyze the key performance indexes of the website which helps in delivering a better user experience for the visitors.
Analytics
Analytical cookies are used to understand how visitors interact with the website. These cookies help provide information on metrics the number of visitors, bounce rate, traffic source, etc.
Advertisement
Advertisement cookies are used to provide visitors with relevant ads and marketing campaigns. These cookies track visitors across websites and collect information to provide customized ads.
Others
Other uncategorized cookies are those that are being analyzed and have not been classified into a category as yet.
SAVE & ACCEPT